I recently volunteered at Dedham Therapy Farm for a day, and wanted to share with you my experience to raise awareness of all the great things this relatively new non profit organisation is doing.

I actually have memories of visiting the farm back when it was a rare breeds centre, and it has certainly changed a lot since then.

Arriving at the farm bright and early, I knocked on the office door and was met by a chorus of enthusiastic barks. Gill, the owner opened the door and a pack of dogs poured out, sniffing my shoes and eagerly waiting to be petted. Of course, I happily obliged and for the next 10 minutes was practically smothered by canines. I know right – HEAVEN!

The dogs are all so openly friendly and love to be fussed over, so I can see why they are used to dealing with people who suffer from a variety of disabilities.

I shared a cup of coffee with Helena (who was there on placement) and she instructed that our first task of the day was feeding and changing the waters of all the animals – no mean feat considering the farm is huge!

It was great getting to know all the animals and learning about their personalities. As I haven’t been around larger animals much, I was a little nervous going in with the donkeys, but they followed me over as I put their food in and Tiger stood next to me waiting for a stroke. 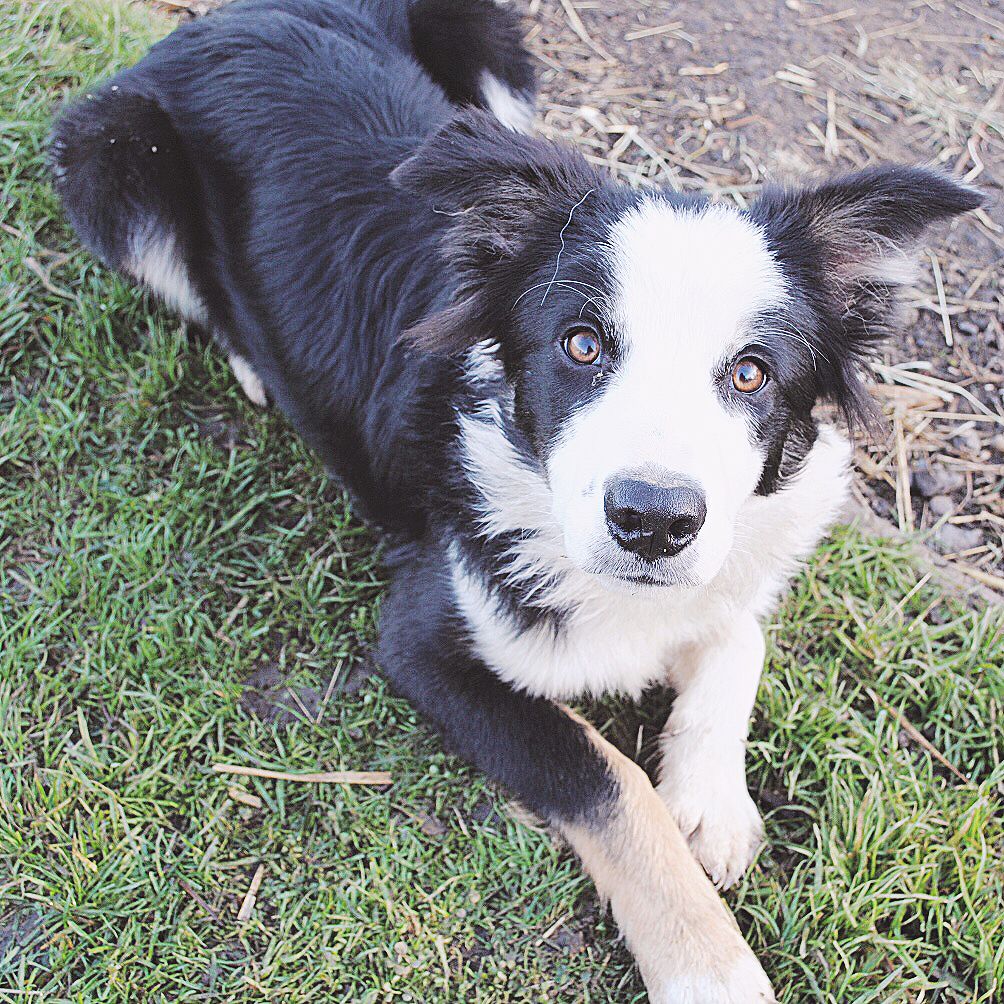 I also fed the chickens, geese and guineafowl who share their field with Monty, the cheekiest goat I’ve ever seen. As soon as I opened the gate he came bounding towards me like a playful puppy and starting jumping up to try and get at the food. Adorable!

After that it was time for a well deserved tea break (and a doughnut or two!) before we went back out on the farm to do some general tidying up.

I asked Helena about her placement while we walked and she explained that she had found it really enriching and interesting. She told me that she had 3 people to observe and watch how their behaviour changed over time during their visits to the farm.

After lunch, we had a visit from one of Helen’s case studies who was severely autistic. He came along with two carers, who told us that when he visits the farm they can notice a really positive difference in his behaviour and mood.

He really enjoyed playing with the dogs, though wasn’t interested in the other animals. Helena assured that they just accommodate what their visitors like to do, without putting pressure on them to try something they aren’t comfortable with.

We set up the agility course and Tommy, an English Pointer took centre stage, jumping through hoops and sitting patiently for treats. We then all made a big fuss over the two Yorkshire terriers Badger and Bumble, who lapped it up!

After our visitor had left, we had another hot drink (November on a farm is not the warmest of places – copious amounts of tea/coffee are a necessity) before going out to do the evening feeds and water changes. This took longer than expected and by the time we were finished darkness had set in!

We retreated back to the office and I scooped up Daisy, one of the resident guinea pigs for a cuddle. Was this the highlight of my day? Possibly…

Gill and Dave then returned with four of the dogs that they had taken to a local hospital. Nurture Dogs, which is part of Dedham Therapy Farm, sees the dogs visit schools, hospitals, community centres and mental heath units. Contact with the animals aims to improve self esteem and social skills, enhance sensory stimulation and motor coordination.

Dedham Therapy Farm & Nurture Dogs are non profit organisations run mostly by experienced volunteers (many of who are Occupational Therapists).

You can read more about what they do here, and if you’d like to make a donation you can do so here.

I would like to thank Dedham Therapy Farm for letting me come and volunteer, and the staff, animals and visitors for making it such an enriching and eye opening day!

I'd love to hear your thoughts! Cancel reply